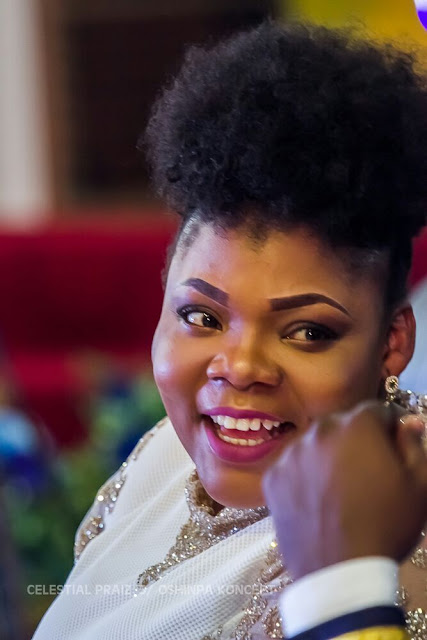 As at 3:00pm the entire auditorium was full to capacity. Due to this the program started as scheduled. 4:00pm prompt with Guest ministers Eugene Zuta and Cwesi Oteng passing through.

A lot of people thought that the minister’s coming all the way from South Africa was a scam. But the man of God (Mkhululi Bhebhe) landed into the country 6days to the program to join the team in rehearsal and in prayers.

Celestial Praize 5 saw a miracle on the minstrel herself. Two hours before the start of the program saw the minstrel with a choked voice… OMG.  All of a sudden she started coughing after some few minutes of prayers and declaration and lo and behold God glorified His name.
Her normal key she used to sing became lower and deeper than her comfortable range. God is wonderful! There was a turn around when she ministered one of her songs ‘Let there be a rain’ with Becky Bonney (The woman with the Deep voice). 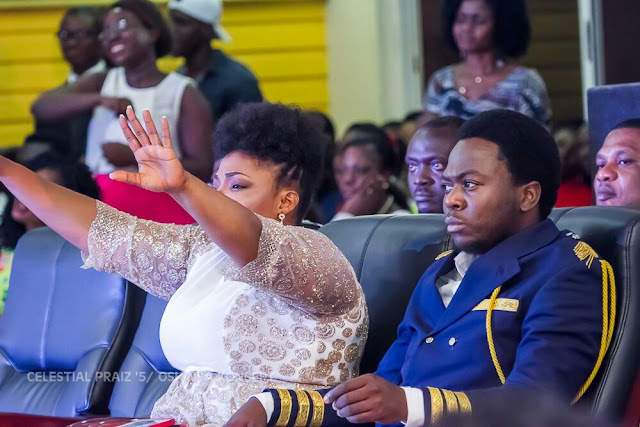 The program was backed by Celestial Praiz Mass Choir with minister Nii Amon Kotei as the Music Director. The back up was solid and good. Even their rehearsal was admired by Mkhululi especially when they sung TWO of his challenging songs ‘NAMATA’ and ‘WASARA’.

Celestial Praiz 5 received over 6,000 worshipers in and out of the Auditorium. The turn out was massively encouraging and with no doubt can testify that so many souls were blessed. 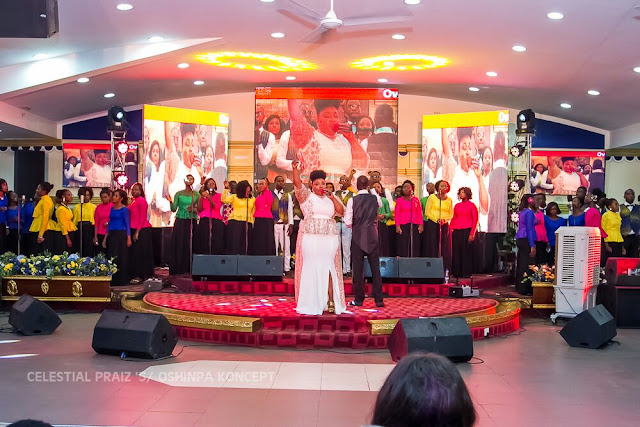 The Program saw some of the great artists in Ghana; Eugene Zuta, Cwesi Oteng and Becky Bonney but guess what? It also received a first time appearance group, Friends of God Incorporated (FoGI).

Celestial Praiz 5 is one of the biggest platforms if not the biggest for FoGI. It was a blessing and it was an awesome experience to be on the platform with Minstrel Celestine Donkor and Mkhululi Bhebhe. It’s a day we’ll never forget.

It was there we recorded our upcoming single ‘Kronkron’ live on stage. Kronkron means means Holy. The song is a compilation of public domain worship songs from old and it ended with our own rendition of ‘Unto the King’ by Alabaster Box.

Learn how to place music on itunes at ReverbNation.com