At long last the awaited is OUT NOW. On 12th March 2017, ‘Kronkron’ was released onto the Public. The launching was done at Christ General International Gospel Ministry, Nungua with Rev. Winfred Nartey Graham.

God surprised us that day and we will always be grateful to Him.


Kronkron is an acappella Medley of old worship public domain songs. The song starts from ‘Kronkron’, to ‘Oye Owura’, to ‘Yesu Mo’ to Eha na Wo then it finally ends with ‘Unto the King’ by Alabaster Box (The African Afropella Kings).

Kronkron means Holy. It actually blesses God for who He really is. That is Holy!
‘Oye Owura’ means He (God) is Lord. It talks about the resurrection of Christ and the power given to the name Jesus. That at the mention of that name, every knee must bow and every tongue shall confess and say that Jesus is Lord. 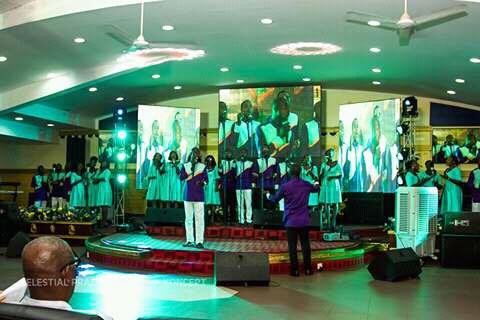 ‘Yesu Mo’ means Thank You Jesus. It calls on every living creation to be grateful to God and give Him thanks for all that He’s done, doing, and will do.

‘Eha na Wo’ is an Ewe dialect song which means ‘a song to You’. It’s also a song of gratitude to God.
It’s part of our single medley entitled ‘Akpe n’ o (Ewe Medley) which which was release on 31st August 2015 featuring the Gospel Soldier, Celestine Donkor.