As part of our 5 year anniversary, we have decided to let you have a taste of the surprisepackage that will be on our maiden album come the 25th day of October 2015.

Our single entitled ‘EWE MEDLEY/AKPE NA ‘O’ is a Bongo reggae Genre. We used one of the international languages ‘EWE’; The language cuts across the two borders of Ghana –  Togo and Cote D’Ivoire.
Akpe na ‘o means thank You. We have come this far by Grace not by might nor by our own power.

God has been so good to us and this song is to show our appreciation, telling Him how grateful we are for how far He has brought us.
The song features one of Ghana’s most spectacular Gospel minstrels, Celestine Donkor.

She adds a touch and a feel to the song. The power and expression behind this minstrel’s voice is amazing; it actually tells you that she really understands what saying thank You Jesus means.

The song is a medley of public domain Ewe songs with the exception of the last part sung by Derzy which was composed by Nii Isaiah (MD, FOGI). 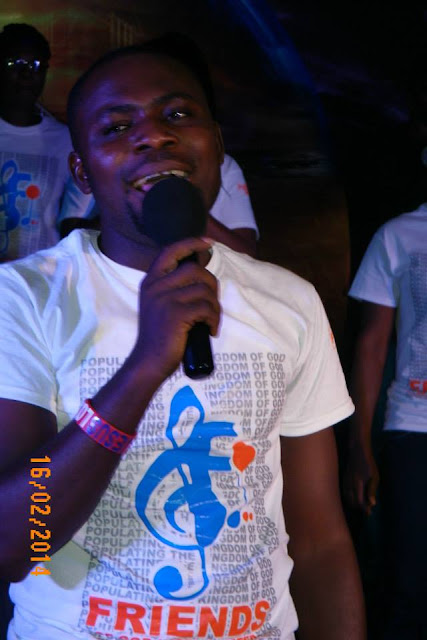 A popular Ewe praise line “Abonsam dzibe ya we ma – (Gbede!)….  is also included in the medley led by Nii Isaiah, (MD baako p3)……. You must do well to be one of the first people to listen to this Single.

Wish I can tell you all about this Single but don’t worry very soon you will hear it on air.

Come and watch the dance attached to this particular song as well.
The release is scheduled to come off on the Sunday 30th August 2015 at RHEMA CHARISMATIC CENTRE, BUBUASHI, Datus Junction-Ayigbe Town. The time is 9:00am

After the launch the song will be on our social media via; Facebook, twitter, sound cloud and reverbnation. Use the search engine and search for FRIENDS OF GOD INCORPORATED and you will have the opportunity to download.
Don’t Miss it for anything